On last Tuesday I wanted to write a post about our day, but left my phone at home and an idea failed as wouldn’t be interesting to read about our routine without photos (even they are horrible phone photos. Sorry about it!) So I went for second attempt on Thursday which was planned the same as Tuesday, even the weather promised be similar. Here you go – Thursday, 16th February, school half term break week.

6:15 Oliver is awake. Today is my turn to look after him in the morning as everyone is still sleeping  and anyway there is no point to give him to Valdis and go back to bed as we all need to leave a house by 8am. Me and Olivers quietly getting downstairs to make my first cup of coffee (first from many!) and then we both make ourselves comfortable in living room, playing, drinking coffee, listening One Tree Hill in the background. day for coffee (accent on first!) And both go into the living room to play, drink morning coffee in the background to listen to the series One Tree Hill. Half an hour peace before the boys wake up.

7:10 Lauris and Markus came downstairs to have breakfast, then change and play with Olivers and watch some cartoons.  Valdis has already gone to work, but I am having a quick shower  (Lauris is our Supernanny) and I am ready for the day.

8:00 We are 10 min late because Markus had decided this morning that does not know how to put on shoes, and also I did not want to give up. As long as we both struggled with the characters, meanwhile, Lauris was getting ready both bikes and Olivers’ pram. Well, that at least someone is in a good mood.

8:05 Markus this morning is going to Holiday club for Construction day, Lauris is doing 3 hour horse club (actually, morning at the stables). I have two very exited boys.

8:10 on front of us is 1 hour long walking towards Lauris’ horses club. Lauris rides a bicycle, Oliver sits in the pram and looks around and I try to push the pram through the countryside road. A beautiful spring morning. In those mornings can appreciate the pleasure and beauty of life in the country.

Along the way, we have a lot of talking with Lauris. Such a deep conversations without any interruption we don’t have often.  Lauris again want to hear a story how we met each other (me and Valdis), how we got married and how we planned them – children.  Then our conversation leads to Family Tree what he drew at school . He tries to check did he do the right way and who is youngest and who is oldest in our family now. I am really enjoying these conversations with our “big boy”.

10:00 Oliver has managed the half an hour nap and ready for branch at local cafe. We have to wait for Lauris til 12 when he is finishing his club.

13:10 At last we are all at home and having a lunch. Those who know me know that if there is no ice cream in the freezer, there is no food at home. Mostly we eat ice cream almost every day, and I believe that it is protects us against sore throat and colds, as I like to say – tasty inurement. (Olivers is the only who still do not eat ice cream, even it looks different.)

14:00 to 16:45 Olivers is having the second nap, we also take a rest, watching movies, read books, boys also manage some time outside on the bikes til dinner is served.

17:00 dinner time, Valdis comes home. As Valdis arrives, Olivers knows that time for his special time with Daddy. He lifts up his hands to get carried around and have some one to one time.

18:10 Olivers shows tiredness signs and after a feed he is asleep in 10 min.  Meanwhile, Lauris has cleaned his room, because tonight it is his turn (before we asked them both tidy up, but usually that was struggle as they started to play or messed around. Now they do their turns and it has been life changing).  And some screen time, reading in the end of the day.

19:20 I asked the boys get ready for bedtime.  Markus is having small snack and after 10 minutes they are in their beds. Adult time – here it comes! Tonight I am reading the book “No Matter What” by  Sally Donovan. I honestly recommend it as it is so true and so loving story about family which adopted two kids.

~21:30 I am having the early night as we are sleep training Olivers. Yet we have won that Olivers is sleeping without milk from 6 pm to 2 am, but it would be ideal if he could do it til 4am. Some days there are good nights, some are very bad. I guess one day we all will have again uninterrupted full night’s sleep! 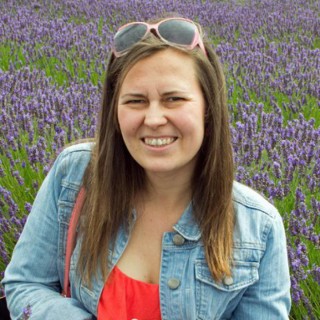 My name is Inese.

In the life I am a wife, mother, daughter, friend and a teacher.